Aluminium Facts
- If you recycle 6 aluminium cans it offsets enough carbon emissions equal to a 10km journey by car, 12 km by bus and 15km by train.
- One recycled aluminium can saves enough energy to run a television for three hours

Aluminium is produced from bauxite, a clay-like ore that is rich in aluminium compounds. The aluminium is only found as a compound called alumina, which is a hard material consisting of aluminium combined with oxygen. This alumina has to be stripped of its oxygen in order to free the aluminium. The alumina is dissolved in a molten salt at a reduction plant and a powerful electric current is run though the liquid to separate the aluminium from the oxygen. This process uses large quantities of energy.

Recycling 1kg of aluminium saves up to 6kg of bauxite, 4kg of chemical product and 14 kWh of electricity.

Recycling aluminium requires only 5% of the energy and produces only 5% of the CO2 emissions as compared with primary production and reduces the waste going to landfill. Aluminium can be recycled indefinitely, as reprocessing does not damage its structure. Aluminium is also the most cost-effective material to recycle.

A recycled aluminium can saves enough energy to run a television for three hours. 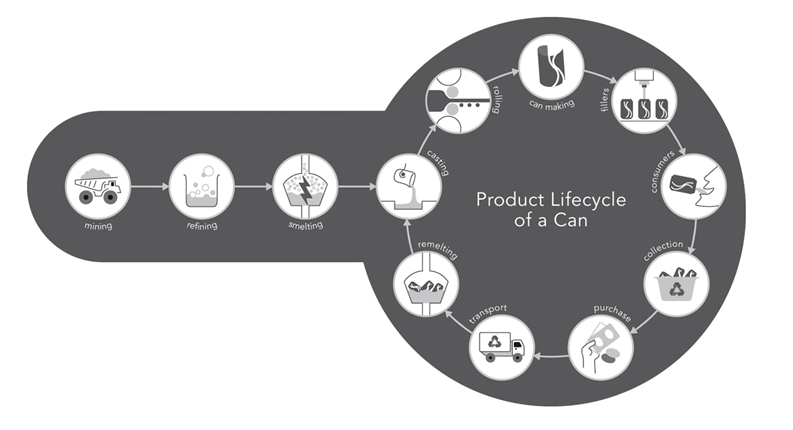