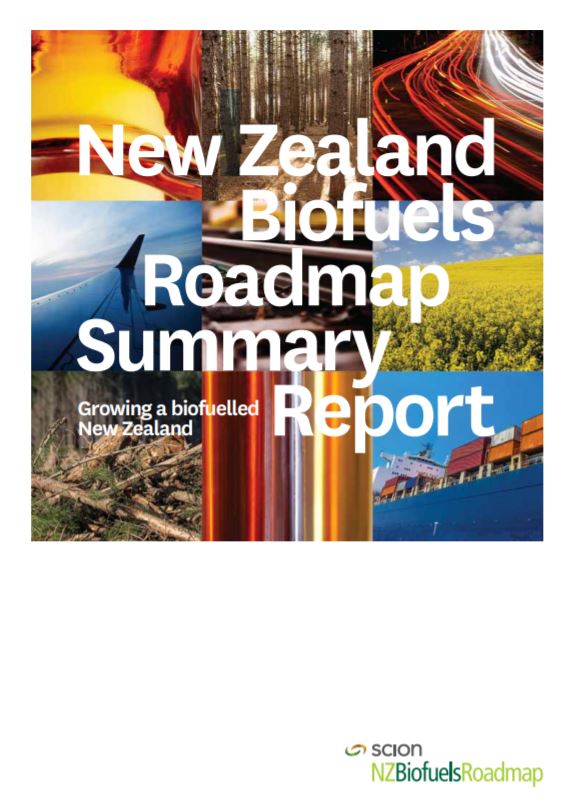 New Zealand could build a renewable low-carbon transport fuels industry - but only if the nation decides to act.

A report by Crown Research Institute Scion outlines how the country could grow, process feedstock crops into green fuels particularly aimed at the heavy transport, shipping and aviation industries.

“We initiated our own study to inform and stimulate debate on the large-scale production and use of liquid biofuels in New Zealand,” says Paul Bennett, Scion Science Leader Clean Technologies.

“Our aim is to provide robust data, insights and a roadmap for our country to significantly reduce greenhouse gas emissions and improve our energy security.”

This modelling of fossil fuel replacement with biofuel equivalents ranged from 5% to 50% substitution.

With combustion of liquid fossil fuels in 2015 representing about 23% of New Zealand’s domestic greenhouse gas emissions, biofuels could have a major impact on overall lowering of carbon emissions.

The modelling tool is available for more quantitative scenarios, based on what Scion hopes is an informed deliberation, planned strategy and long-term implementation to manufacture green fuels within New Zealand.

This form of biofuel production would also provide strong regional development and employment growth in regions such as Northland, East Coast and the central North Island.

“However, both our modelling and stakeholder discussions are explicitly clear that market forces alone will not be sufficient to kick start large-scale biofuel production,” says Paul Bennett.

“If New Zealand can agree on the future role and scale biofuels should play in decarbonising New Zealand transport, then we can develop a nationally coordinated implementation plan, aligned with stakeholders. Part of that internal agreement needs to be getting the public on-board as key beneficiaries of a sustainable liquid transport fuels approach.”

Paul Bennett says there are five main benefits from New Zealand shifting to a biofuels future:
● Reduce our greenhouse gas emissions
● Meet New Zealand’s international commitments to the Paris Agreement and our Net Zero target by 2050
● Rejuvenate regional economic and employment growth
● Gain energy independence from oil imports, and
● Maintain access to international markets for our goods and services.

Scion’s modelling shows that by growing longer-term crops, such as energy forests, New Zealand could build a biofuelled future.

The quantitative scenario modelling clearly shows tens of thousands of hectares of purpose-grown feedstock crops and billions of dollars of capital investment in processing plant construction and production would be needed to make an ideal a reality.

Scion is the lead CRI for research into bioenergy production for New Zealand, and CEO Dr Julian Elder says the study was undertaken to investigate what liquid biofuel options are best suited to New Zealand.

“We believe this study is a great starting point for an open and fact-based discussion around the New Zealand biofuels opportunities. We recognise that the information reported here is not an exhaustive study of all elements of a new biofuels industry, but hope this study will inform and catalyse such a debate.”

The Biofuels Roadmap is a considered and thorough piece of work which shows why and how New Zealand can transition to a low-carbon transport fuel future says Z Energy Chief Executive Mike Bennetts.

“All the pieces required for our country to transition aren’t crystal clear, but this study shows we have enough of a biofuels four-lane highway for us to start driving down,” he says.

“We may have to swap lanes somewhere, but to get to that level of precision now is impractical. We should use this roadmap as a call to action. How many more reports do we need to bring a closed-loop domestic biofuel production system into being that doesn’t adversely affect food supply chains?”

“But New Zealand has the capability and resources to do it sustainably given a public consensus, political will and biofuel stakeholder investment. Our modelling tool will be invaluable in scenario planning around what we want to be a national debate. We can forge a biofuelled future and ensure multiple benefits for our children, our country and the world.”

The two-year study was supported by Scion’s Strategic Science Investment Fund from the Ministry of Business, Innovation and Employment.

The report is available at www.scionresearch.com/nzbiofuelsroadmap